Adrian Brooks studied Art at Central St Martins, UEA, and Southampton Universities, and Theology at London University. He taught art in schools both in London and Oxfordshire and for eight years was the art education officer for the Oxford University Museums. He has travelled widely and undertaken collaborations with other artists, such as A Home Unpacked with playwright Shane Anderson, Allotment with author Jan Harvey and Light, a Spiritual Journey with composer Tim Cook.  In 2018 he was artist in residence on Porphyry Lighthouse on Lake Superior, Canada.

The Henge19 rock forms vary in height between 120cm and 150cm and are of different shapes. Two are more rounded, echoing female shapes.

See the video of the Henge sculpture

They have solid wooden bases to keep them anchored outdoors and the upright supports are made from acrylic rods which do not cast shadows from the internal lights. The skein is made from wet tissue which is thin enough to allow light through. The patterns, figures and animals covering the rocks are the artist’s interpretations of European and Australian rock paintings. All the rock forms have blue glowing lights inside and three also have motors. These motors slowly propel cut-out forms like antlers and hunters to circulate, casting shadows on the walls of the rocks which slowly move in and out of focus giving the viewer the impression of firelight.

Other rocks have poetry, written composed by David Burns, painted on the outside. 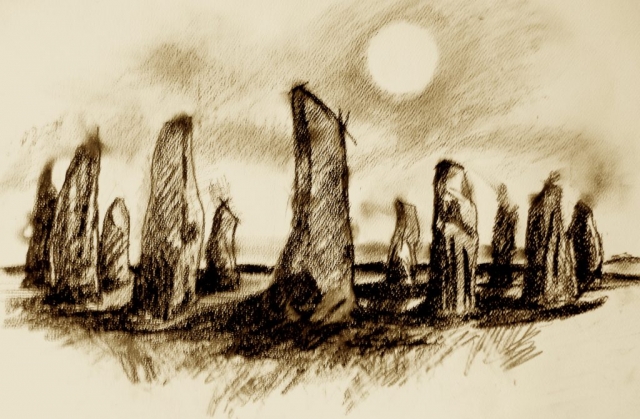 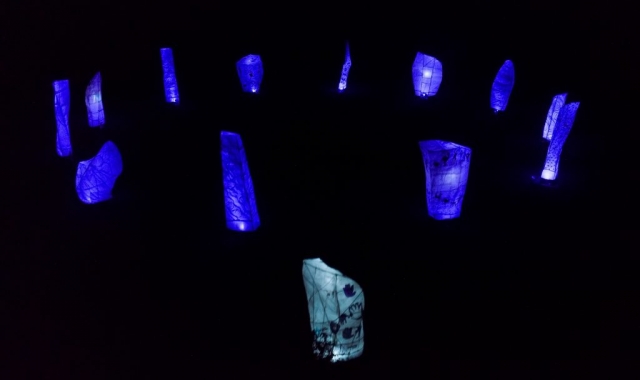 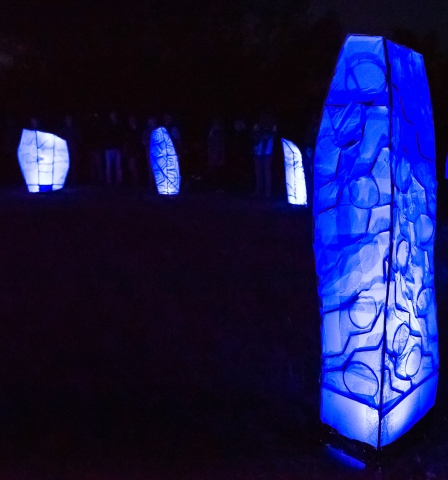 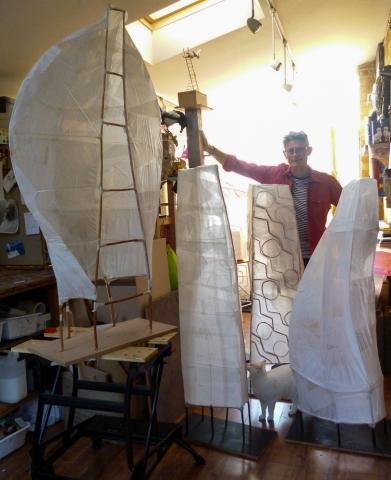 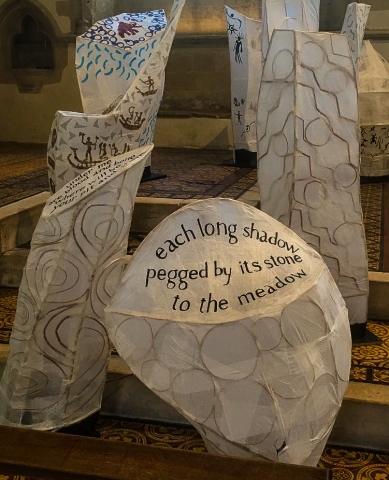