There are some landscapes that just demand stillness, where it is enough to simply stand and absorb the past all around you.
Francis Pryor, Paths to the Past

Flint handaxes have been found in the area, including at Berinsfield and Sutton Courtenay. People lived as hunter-gatherers from plants and from hunting wild animals. Extreme changes in temperature were caused by the advance and retreat of the ice sheets – people only lived in what was to become Britain during the warmer periods.

People moved through a more forested landscape, hunting small animals and living off a wide range of resources. Tiny worked flints (microliths) have been found at Dorchester showing how the wet areas along the river were a favoured environment.

During this period the first funerary monuments (simple burial enclosures) were built, followed by the cursus – a double ditch and bank running for two kilometres, along the line of what is now the Dorchester bypass. This cursus, possibly a processional way, linked earlier monuments and then became the focus for new ones. Nearby, the henge monument known as Big Rings was built. It was a circular double ditch with a high bank that may have been topped with timber structures or standing stones. Big Rings measured almost 200 metres in diameter, and has been completely lost to gravel quarrying.

Neolithic people were early farmers – they had domesticated animals and some crops, but their lifestyle was still partly mobile. Complexes of monuments such as the one at Dorchester were important places that people returned to at certain times of year, to strengthen social bonds, and to engage in religious ceremonies.

The Big Rings henge, and the concept of people gathering, was the inspiration for the Henge 19 project.

Bronze Age and beyond, from about 2,400BC

The area of the henge and the cursus continued to be a focus, with barrows (burial mounds) being built over the cursus. There is a Bronze Age settlement on Castle Hill (Wittenham Clumps) underneath the Iron Age hillfort. Later in the Iron Age, perhaps from around 300BC, a new lowland settlement was founded behind the massive Dyke Hills, which run from the Thames to the Thame.

Great change came with the Roman conquest and the establishment, almost certainly, of a fort at Dorchester, and then a defended town, its ramparts still visible on the allotments. More recently the largest ‘monuments’, the cooling towers of Didcot A Power Station, were demolished this year, while new fences on and around Dyke Hills have aroused strong passions and new interest in the landscape and its history. The land continues to generate new stories. Henge 19 is one of them.

If you’d like to know more, visit Dorchester Abbey Museum, to see finds, information and where a range of publications are available, some of them free. 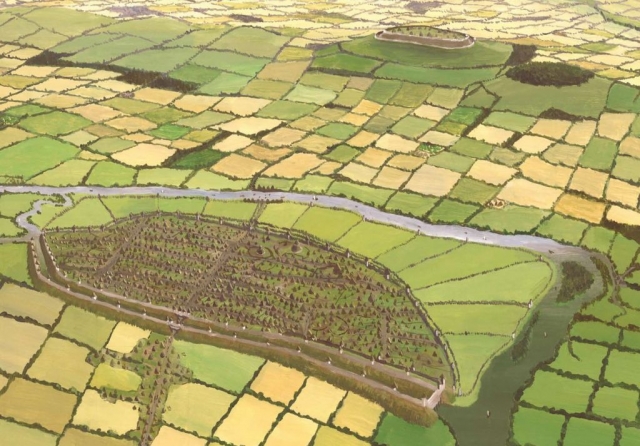 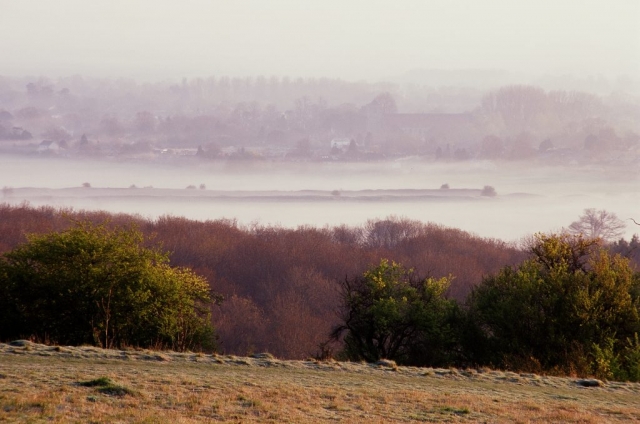 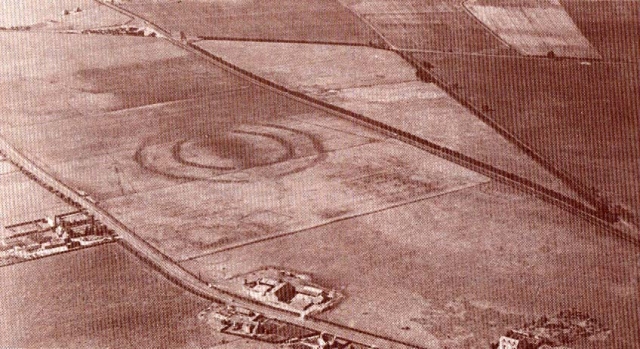