A village in Verse by James Pratt

below are a few excerpts from the book by Dorchester resident James Pratt.  The recently published book is available from Lilys and the Museum for £7.50, and is full of Poetry based on (and inspired by) the people and history of our wonderful village, as well as the Thames that passes by it.

As the Pleistocene period ended, and world temperatures started to rise,
the ice age finally receded, to all life a welcome surprise.

At first a small drip then a trickle, then stream to a massive great gully,
but as mother nature worked her charms, this became our beloved Thames Valley.
Hunter gatherers came from the south, to enjoy this great hunting place,
ground deposits still bear witness, for their history can also be traced.
At first the groups were small, but in time they increased in numbers,
Our local group the Atrebates fortified sinodun hill, an outstanding planned local wonder.

Castle hill as its known today, had commanding views all round,
a single ditch and rampart gave safety once in its compound.
Around the time of Christ, a new site was required,
an oppidum fort with dyke hills was constructed, nearby as desired.
Alongside the Thames, and also the Thame, defended by a northern bank and ditch.
A large iron age community used this site, and so life went on without a hitch.

Yet finally again Dorcic moved, to its location still to this day.
In the first century the romans arrived, for a while they ruled their way.
Dorcic had ditches and walls and towers, to keep all invaders at bay,
well-engineered and constructed, ‘state of the art’ in its day.
The majority of romans left Britain in the year 410, although some small groups stayed on.
The locals regained all control; after all roman legions had gone.

And in 634, pope Honorius the first, send Birinus from Rome to Covert in Foreign Lands,
and the place he ministered to Dorcic locals, an impressive abbey now stands.
The history in Dorchester continues, it moves along each day,
and the past should not be forgottenm we all play a part in our way.

I’ve been here forever
watching history come and go.
A way to every destination,
the world you’ve yet to know?

I’ll take you on a magic trip
to countries far and wide.
A portal to another place
whenever you decide?

Perhaps America, Rome or France
or some other mystical place.
Flying around the world
met by a well loved face.

Maybe you are off to school,
a commuter for the day,
Some delivery?  For a local house
that’s why you came this way?

And when you call back home
with tales of places far,
I will accommodate you
whether on foot, or bike, or car.

I was born on 7th March 1934,
at No 4 High Street, the memorial was next door.
The war time was exciting for me, my memories are so clear, James has put some details
down, for you to look at here.

In 1940 the RAF came, and were based upon Mount Farm,
Doing night time raids in Lancaster bombers,
we hoped they would not come to any harm.
Returning in the early hours, Shot up and despair,
as the flew over, we wished them on, Mount Farm “your nearly there”

One fateful day one did crash, by Mister Winterbournes, Abingdon road coal yard,
just before it blew, her saved the crew and boy, were they all glad.

In 1942 the RAF left Mount Farm and the Yanks moved in their place,
they formed the photo squadrom and things moved up a pace.
The army moved into our village at Bishops court and waterloo
they practiced manouvers, built pontoon bridges and were based at overy too!

In 1943 we helped with chairs at the machin recreation ground,
the yanks were having a boxing match people came from miles around.
Because we helped, we had ring side seats, I could not believe what I did see!
Joe Louis world champion right there in front of me!

Us kids would always help out in any way we could
running erands, cleaning kit paid in food or candy, that was good
We would be polite called everybody Mr,
yet we would always smile when asked,
“have you got a big sister?”

Thanks to Gordon (Nipper) Allnutt for your wartime memories

Copies of James’s book can be posted, please email any requests to tina@alexander-advertising.co.uk. 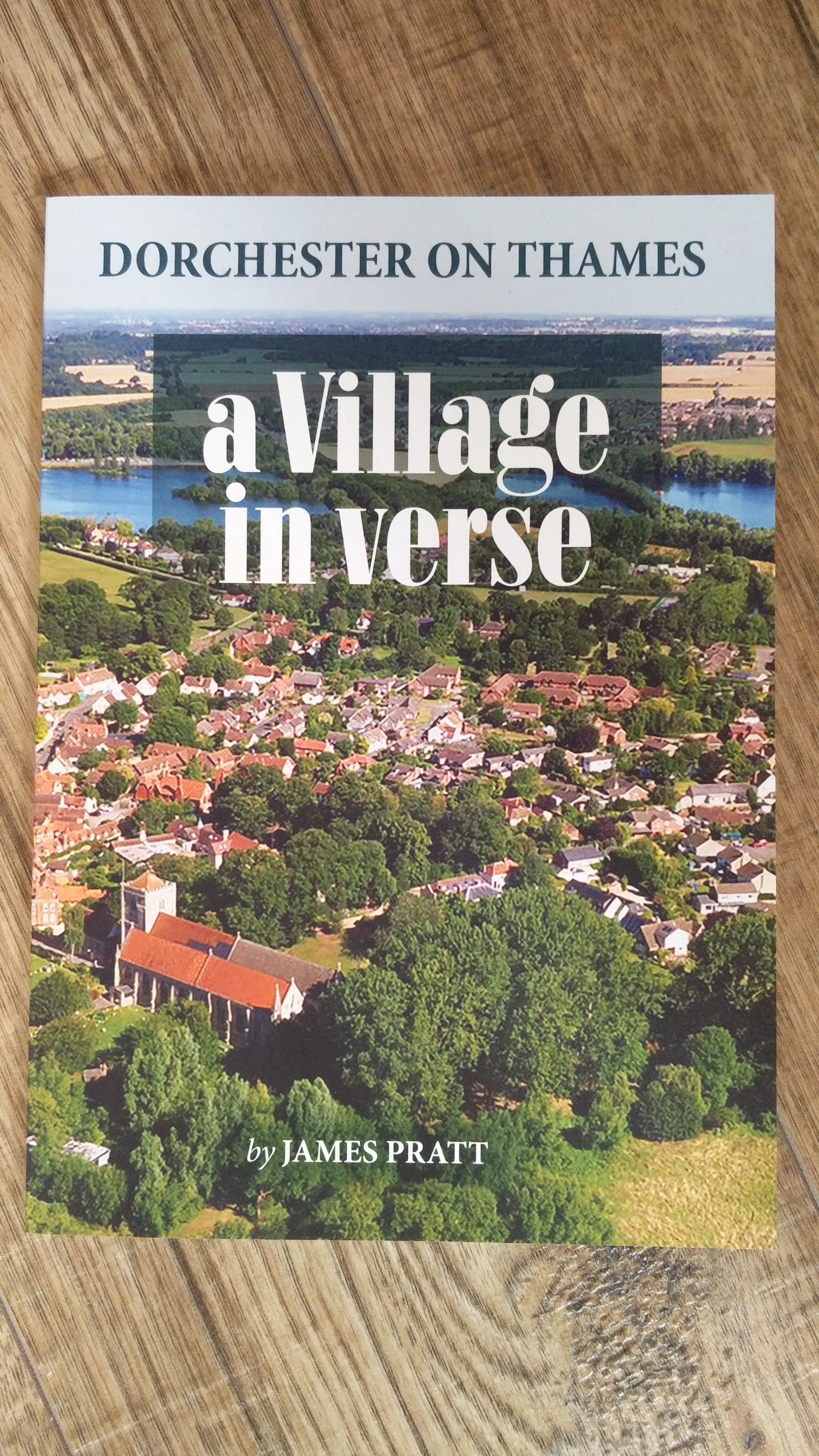 Posted on September 10, 2018 in Events in and around Dorchester