Grant received for work on the Hurst

We are delighted to have received a grant of just under £10,000 to carry out work to improve some of the water retaining features in the Hurst meadow.

For several years the water table and the sub-soil movement of ground water, as well as the historical management of Hurst wetland, has been of particular interest to trustee Shammy Puri, who is a hydro-geologist. A hydrological study by a graduate for an MSc thesis in 2016 indicated that if the present scrapes and ditches were to be extended, so that they retained water for longer in summer, there would be benefits to the biodiversity of flora and fauna, especially of invertebrates.

This has been a long-term vision of the Trust but was brought forward when, unexpectedly, we were invited to apply for grant aid by FCC Community Action Fund. FCC Communities Foundation awards grants to community projects from funds donated through the Landfill Communities Fund. This all sounds a bit complicated but, essentially, we were invited to apply because the Trust is a charity managing an environmental facility on behalf of the community, open to all and situated within 10 miles of a landfill site. Our proposal and costing estimates were submitted on 14 February and we were informed in March that we had been successful.

There is much work ahead to obtain all necessary permissions for the project, which we were anticipating could proceed during the summer. However, the present Covid19 situation may result in inevitable delays.

Our plan is to excavate two more scrapes: a new scrape in the meadow where there is a natural damp depression, close to the existing scrape where the wildflowers proliferate (see photo) and a further, elongated scrape, within the head of the main tree-lined ditch that runs parallel to the river Thame. This latter scrape would be linked to the river by an underground culvert and would allow us to build up the footpath where it often becomes flooded and inaccessible in winter. Sections of the main ditch would also be deepened and bunds created to improve water retention.

We will publish further information as we proceed with this project.

In the meantime, preparations for the excavation of the two River of Life wetland sites in Old Bridge Meadow and Overy Mead Piece continue. Now that the floods have receded you can see that many of the willows on these sites have been hard pollarded. They will rapidly regenerate and no longer look so naked. Where heavy machinery will be working, when work starts later in the summer, we are having to keep vegetation very short to deter small mammals and invertebrates from nesting there 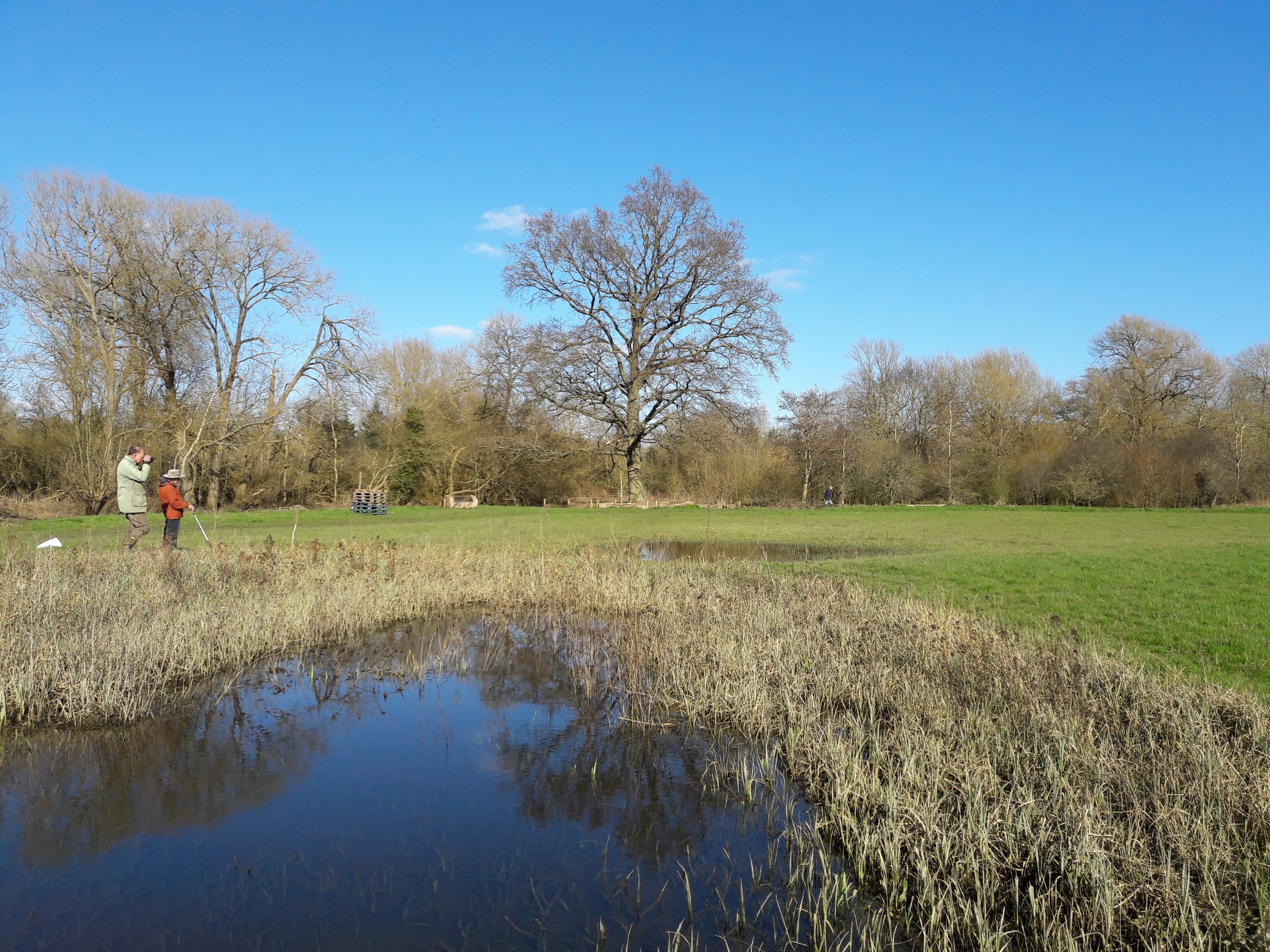 Posted on April 9, 2020 in Events in and around Dorchester