I wanted to share this information with everyone, as it is focused on safer, and healthier, travel within our county.

There are proposals being put forward to get a new safer cycle route across Oxfordshire.  This could include a much safer cycle route between our village and not only the two towns of Abingdon and Wallingford, but also the main city of Oxford.

These key routes that affect us appear to come under the Primary Route proposed routes, which focus on “Key routes with high traffic potential to be prioritised for ‘all ages, all abilities’ infrastructure.”

On of the most interesting points in the proposal that I saw is around how these areas are going to be made safer, utilising the knowledge learnt from others cities across England and Europe as a whole.

The ‘all ages, all abilities’ would follow the high quality standards pioneered by the Dutch and since adopted by London, Wales, Highways England and an increasing number of local authorities in the UK.  Along main roads, cycle paths would be separated from the road and 3 to 4 metres wide.  In urban areas where space is tighter, ‘light segregation’ would be used to separate people walking, people cycling and people driving.  Junction design is particularly important and cycle routes would continue through junctions with appropriate priority or signals – no more ‘Cyclists Dismount’ signs. 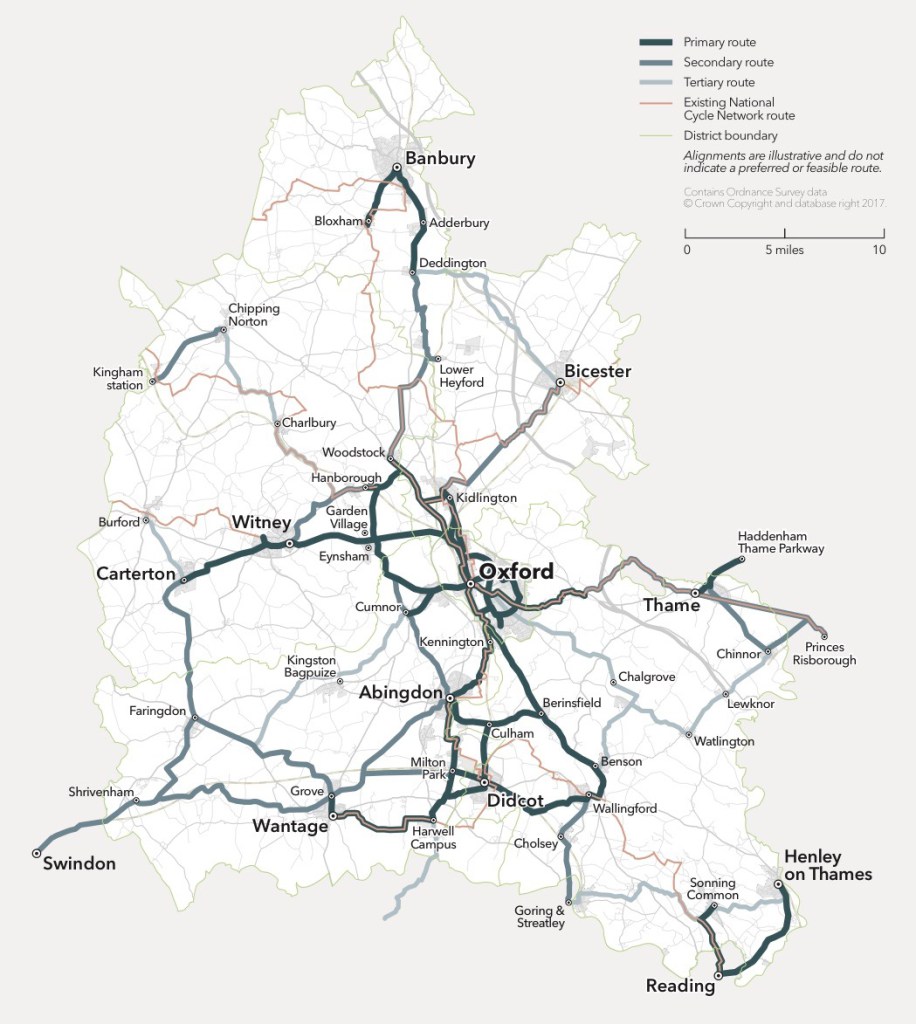 If this is something that is of interest to you, I am sure they will appreciate all the support and help they can get, so please let them know via the email address on their site: ocn@cyclingukoxfordshire.org