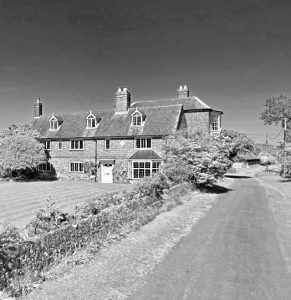 After the Reformation, a minority of our ancestors – known as ‘popish recusants’ – refused to abandon Roman Catholicism, despite it being made illegal in England. Some others who were Catholic at heart conformed outwardly to the Church of England and were known as ‘church papists’. This talk reveals how recusants and church papists ensured the secretive survival of Catholicism in Oxfordshire and Berkshire during the long period in which ‘the old faith’ was outlawed. It also incorporates a more detailed look at the recusants of Dorchester and district.

Born 1949 in Reading, Tony is a retired chartered building surveyor, information scientist, operational risk manager and museum administrator, who has also been a freelance broadcaster. Today he is a historian specialising in bicycle history, Thames Valley recusancy and family history. He has lived most of his life in Berkshire and Oxfordshire and has been chairman of the Oxfordshire Local History Association for the past seven years. He was previously vice chairman and journal editor of the Oxfordshire Family History Society. He is currently working on a volume for the Oxfordshire Records Society and on another for the Veteran-Cycle Club.
Looking forward, the speaker on May 22nd will be Alex Davies on ‘The archaeological dig at Great Western Park, Didcot’

Visitors and new members are always very welcome to our talks and outings.
Margot Metcalfe, Chairman