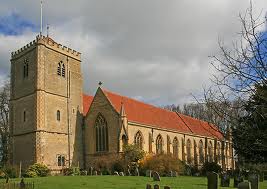 We have speakers at the Abbey Guest House on the 3rd Wednesday at 7.30pm of the 6 winter months: January-April, October and November. In May, June, July and September we organise group garden visits. The annual subscription is £20. The cost of garden visits depends on how much the owners charge.

Chris is a plant biologist who is the Deputy Director and Head of Science & Public Engagement at Oxford Botanic Garden and Harcourt Arboretum.
In 2016 Chris published a Field Guide to the wild flowers of the Western Mediterranean where he has travelled extensively including teaching field botany to undergraduates in the Algarve.
Chris says” The Mediterranean Basin has one of the world’s richest floras. Indeed, up to 10% of all vascular plants occur in the Mediterranean Basin, which represents just 1.6% of the Earth’s surface. This large area has a complex and varied geology and topography but is united by its typically Mediterranean climate of hot, dry summers and mild, wet winters.
In 2018 Chris also published Weird Plants which features weird, wonky and wonderful plants seen on his travels and illustrated with his own oil paintings.