Chris Baines is a professional stills photographer, taking publicity photographs in studios and on location for the BBC, ITV, Channel 4, Sky TV and many independent television production companies. His work appears online, in magazines and national newspapers.

He also leads photography workshops, both in groups and one-to-one, and is a regular contributor to the Royal College of Art’s Secret postcard exhibition. 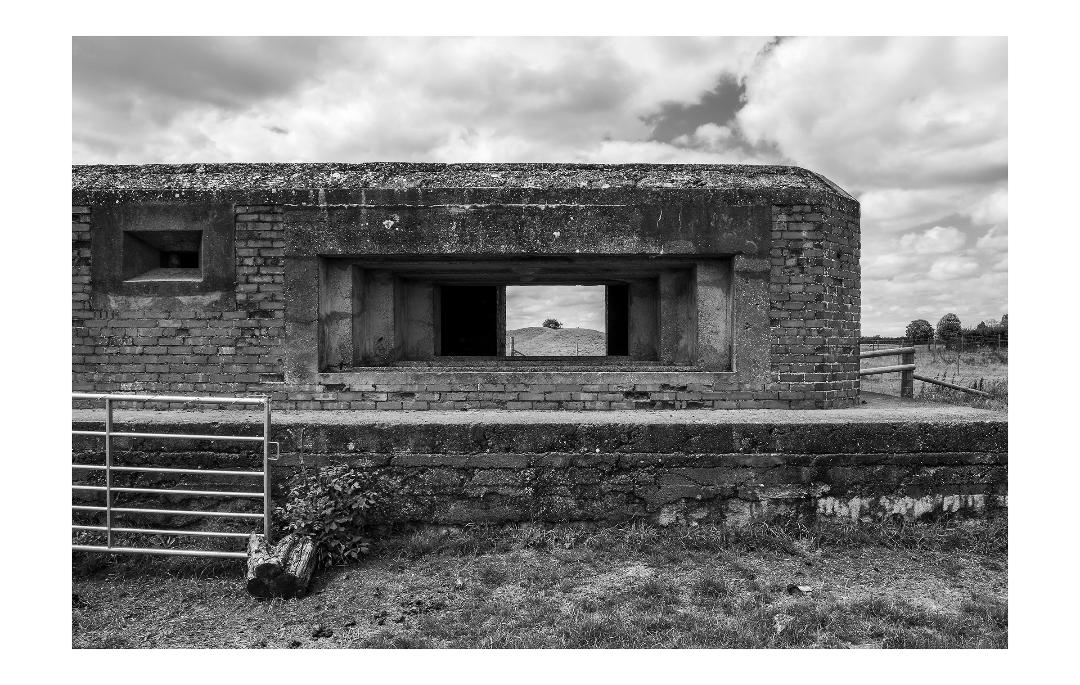 I’ve long been fascinated by the way the gun apertures in this World War II pillbox – originally designed to deliver lethal blows – now watch peacefully over the landscape, framing it like cameras or cinema screens. Built in 1940/41 beside the Dyke Hills, this Type FW3/28A pillbox is a solid, squat structure set in exquisite surroundings.

For soldiers on guard duty, when the enemy invasion never came, there can have been few better places to be posted, especially in summertime. Without having to move from the rear entrance, they would have been able to gaze up at the Wittenham Clumps, across the Dyke Hills and over to the tower of Dorchester Abbey.

An important part of the nation’s wartime defences, the pillbox is now a quiet home to rabbit droppings and empty beer cans and is as much a part of the history of this landscape as anything that surrounds it.